GeoScan were hired to perform a utility locate on the site of a decommissioned WW2 bunker on Vancouver Island for a client planning to conduct nine test pits .

In the 1930s during WW2 this site was home to a secret government facility with an underground bunker. It was used to protect officials under potential threat, but has since been torn down, leaving no visible surface features.

Since the site was decommissioned the Canadian government has to go through a reclamation process, including conducting environmental testing. 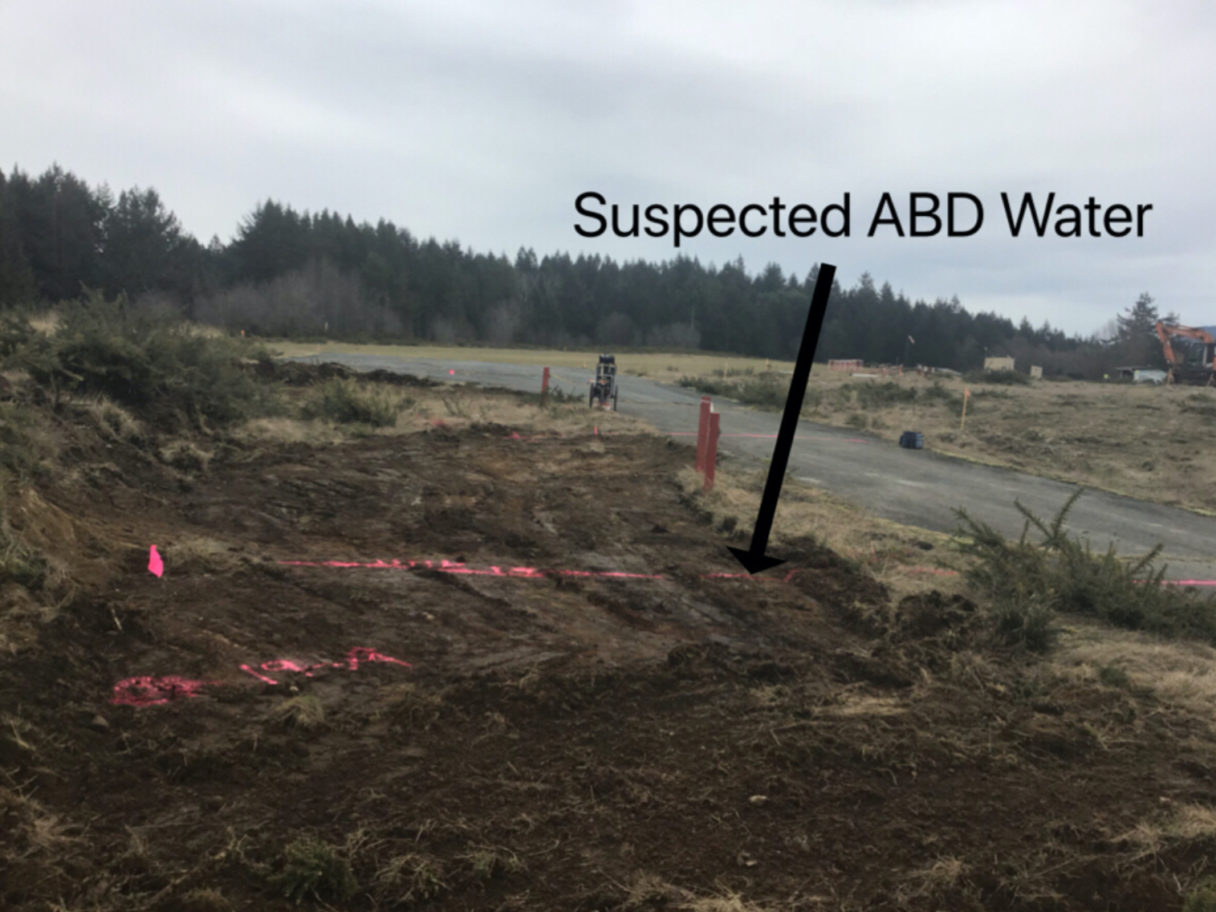 Due to the secrecy of the building and its semi-remote location no As-built plans, BC One Call or GIS information for the property was available during the time of the utility locate. However, a previous utility locating company had been on site and located a single ABD communications line.

As such our technician would have to conduct a thorough site assessment and determine which technologies to utilize in order to produce the best results.

GeoScan implemented the use of newest and most advanced locating technologies to scan the whole site for any underground utilities. By utilizing Ground penetrating Radar (GPR), four separate anomalies were located along the northern roadway. Due to the overgrown brush now surrounding the area an electromagnetic (EM) locator was used to access the areas where the GPR access was limited.

By using the EM induction method to indirectly induce current into the line, the line could be traced through the bush and across to the opposing roadway. Two of the unknown anomalies found were in direct conflict with four of the proposed clients test pits. Another unknown was located at the south eastern edge of the work area but did not pose a risk of conflict to the proposed test pits. The known ABD communications line was located using the EMs direct connection method and confirmed with the GPR. After the GPR grid scan of the worksite was complete an EM induction and power sweep was conducted to confirm no other utilities entered the area.

Overall, GeoScan separates itself from its competitors by going one step further, expanding the scope of work to confirm that utilities don’t enter the work area. A clear example of this was where the previous locating company didn’t take the time to scan to the roadway and because of that missed the four unknowns. By taking the extra step and scanning the road we were able to help the client avoid potentially four separate incidents and make sure everyone made it home safe that night.