Land Surveying provides expertise in the measurement of land and airspace, and is exclusively responsible for determining boundaries of interests in land.

The Association of British Columbia Land Surveyors (ABCLS) protects the public interest by regulating the practice of land surveying in BC.

With 16 years experience in BC Land Surveying, the professional and highly qualified GeoScan BCLS team have experience working across Western Canada on a huge breadth of projects.

The team has the knowledge and expertise to meet all of your commercial and residential survey needs, including local homeowners, builders, consultants, and private land developers across all of BC.

GeoScan Land Surveying has a great understanding of how to customise client needs. Each job has a unique requirement and whilst working within various municipalities within Greater Vancouver and Fraser Valley areas the deliverables often change. We ensure that our surveys are tailored to meet the approval of your local municipal and approving authority.

With a range of other services under one roof, the GeoScan team brings deep expertise to many technologies and applications from conventional land surveying to 3D laser scanning. 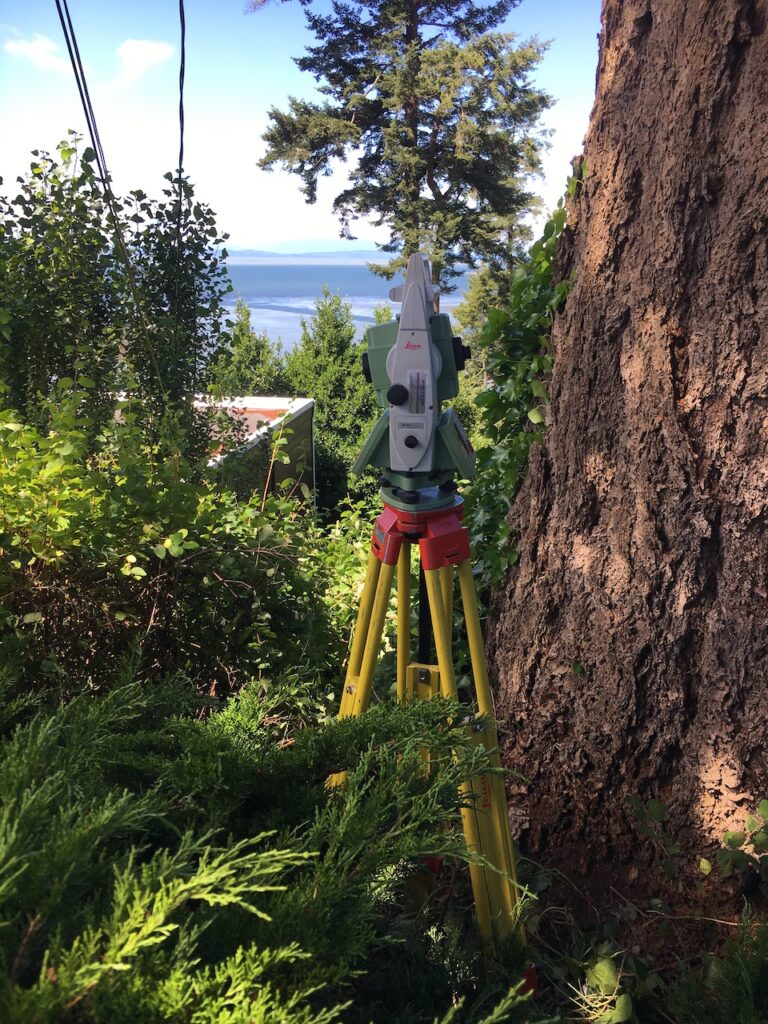 Rafael Rebolone is a BC Land Surveyor overseeing the GeoScan BC Land Surveying department. Rafael has been in the industry since 2004, working across Western Canada on a variety of survey projects within various industries. His broad experience has covered work relating to all manner of legal surveys, civil engineering, mining, oil and gas, deformation monitoring, construction layout, residential construction, commercial construction, hydroelectric transmission lines, railways, highways, and more.

He has led the preliminary data collection phases through to the construction layout, and finally to the as-builts, for all project types. Rafael has also been involved in creating legal plans for encumbrances or changes in parcel boundaries, that are sometimes required in support of these works.

He leads a team of very experienced and efficient surveyors, covering the below services. 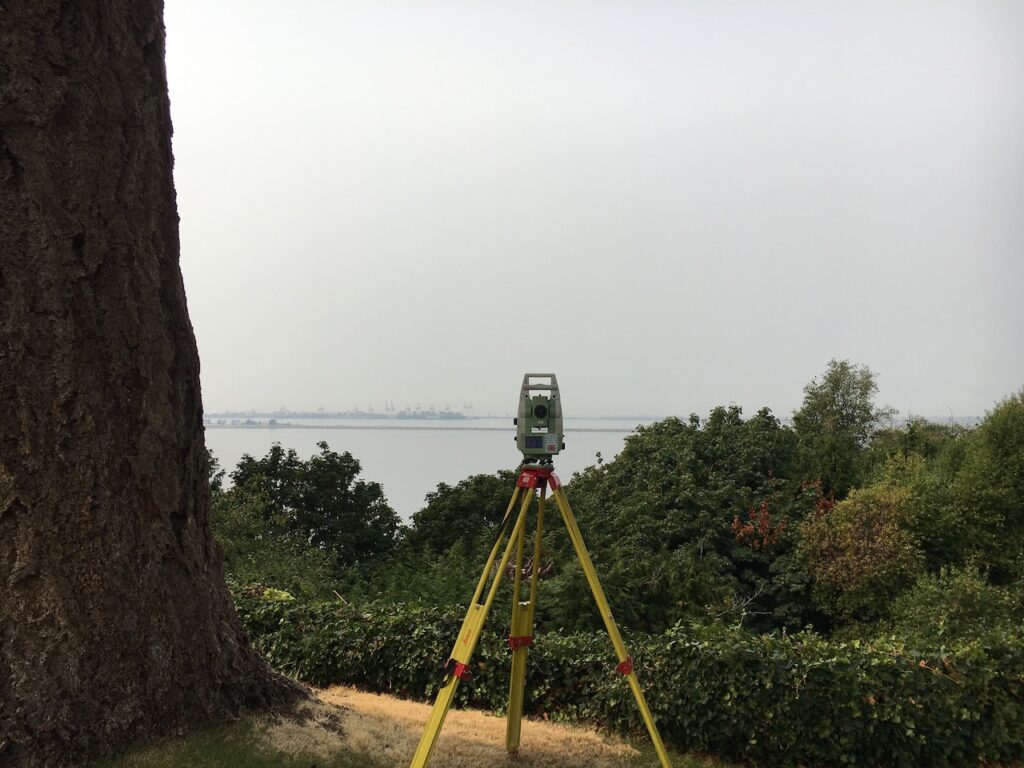 An ability to provide a huge range of services, we respond quickly to commercial, residential and recreational projects in the lower mainland area:

A topographic survey is a general survey typically done at the start of a project that includes measurements of features and elevations. Features within a topographic survey may include roads, buildings, utilities, services, trees, ditches, fences, ground shots, etc.

A legal survey is usually done at the same time as a topographic survey, but not always required.

A topographic survey is used for design purposes, including new construction, improvements and upgrades for industrial, commercial and residential applications.

Construction layout surveys are generally those surveys associated with the layout of new facilities or earthworks. They’re otherwise known as staking or setting-out surveys.

Point locations or (reference points) are determined from supplied engineers’ drawings and set out in the field to guide the construction of new structures, roads and utilities.

Sometimes the legal and control portions have already been established from previous visits. You may or may not also need a legal survey depending on the scope of the job, this would be determined by the BC Land Surveyor.

GeoScan Land Surveying has provided construction layout services (pile layout) on several of our projects. Their team worked with our team to resolve any discrepancies they saw during their calculating and checking process. The field crew was professional and diligent. They were able to meet our schedule which sometimes required them to come to site with minimal notice. Overall they provided excellent service and we look forward to continuing to work with them in the future. 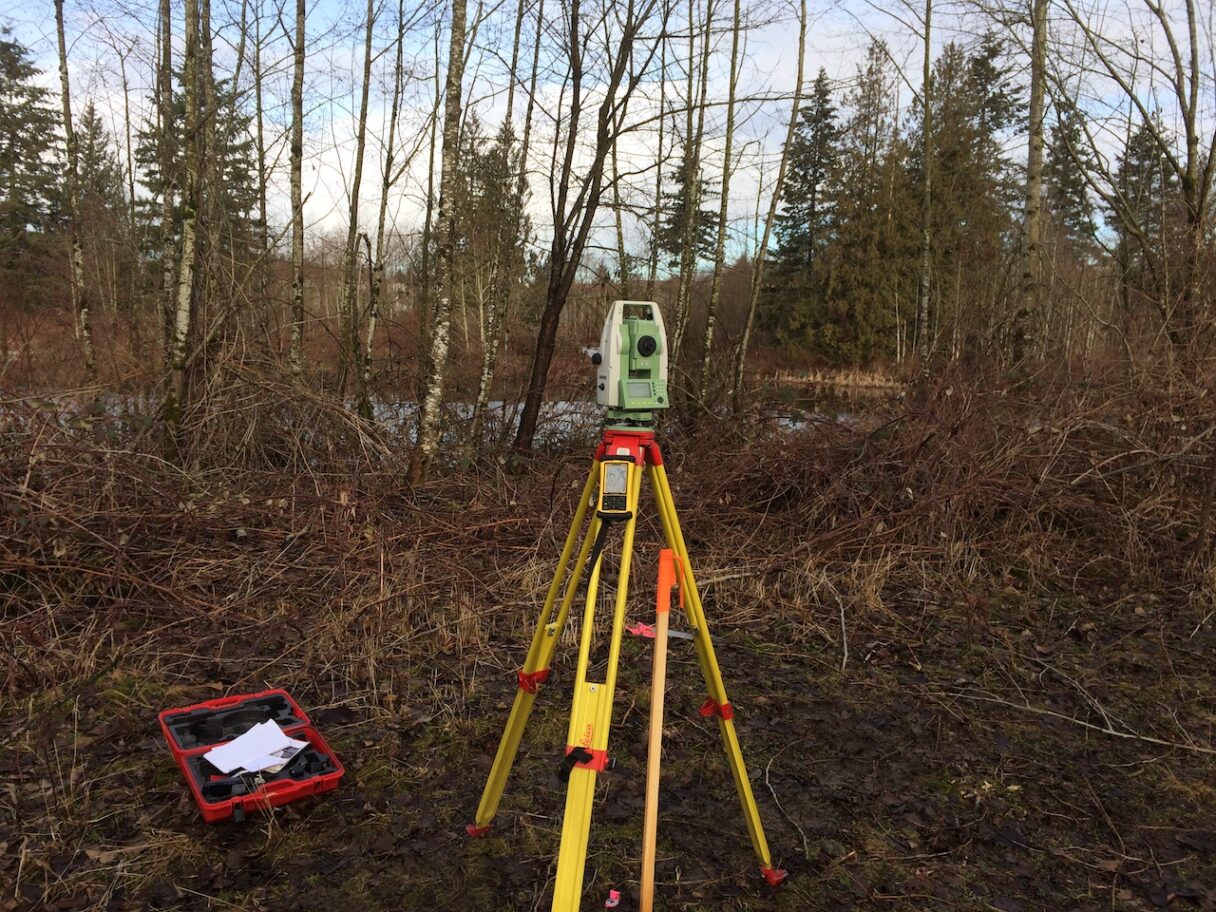 Control surveys create the framework for which the surveys accuracy and position can be calculated in the real world.

For new construction projects or additions, a Building Location Certificate (BLC) is a document prepared and signed by a British Columbia Land Surveyor that clearly shows the positions of existing buildings on a parcel of land.

Before construction, the concrete forms are measured prior to pouring concrete and a certificate must be issued by the BCLS and sent to the City. Depending on the municipality, this may be required after the concrete is poured. This verifies that the building is sitting within the property setbacks.

On existing structures, this survey is done to verify the location and dimensions of the building. The information is used by an architect or engineer for design.

Legal Land Surveying is a term used to describe surveys when dealing with legal property boundaries or subdivisions of land.

This could include posting of lot corners, right-of-ways or easements, strata measurements, or leases.

A BC Land Surveyor advises clients needing government approvals, resulting in a survey and creation of a new title. All work must be completed under direct supervision of a BCLS.

Deformation monitoring is a monitoring network set up at a location to determine the movement of a structure or feature. i.e. a building, retaining wall, bridge, or pipeline.

The area is initially surveyed and then routine visits are made to the site at the required intervals to continually monitor and measure the structure or feature for movement.

Depending on the clients’ requirements, you may or may not need a BCLS. If boundaries are involved though, you will need a legal survey done as well.

An as-built survey shows a property in its current state – whether during or after the construction of a project.

Usually, an as-built survey is required by an engineering company during or after the project is completed to ensure that the project was built to the correct standards and specifications. A BCLS may or may not be needed for this type of survey.

At Geoscan we use the latest survey technology.  This includes Leica GPS and Total Stations and precise levels to achieve high precision standards.  We are able to meet your survey needs whether it be a boundary survey or a first order control survey, we welcome all surveying challenges.

Head to our blog if you’ve ever asked the question “what does a Land Surveyor do“?

If you have any questions about the services GeoScan Land Surveys can offer, please get in touch via our contact us page.