A Ground Penetrating Radar survey of an ancient Roman city at Falerii Novi has shown the technology’s potential to revolutionize archaeological studies of urban sites.

The survey was able to reveal previously unrecorded public buildings including a temple, market building, baths, and the city’s network of water pipes.

The team of archaeologists from the University of Cambridge and Ghent University surveyed all 30.5 hectares of the site 30 miles North of Rome using GPR equipment dragged behind a quad bike. This enabled them to collect 71.7 million readings, each consisting of 400 temporal samples, which equates to 28.68 billion data points (approximately 4.5GB of data per hectare). A project like this helps to increase everyones understanding of this method of NDT and works to reaffirm professional’s confidence that GPR is revolutionizing archaeology.

Ground Penetrating Radar (GPR) is a reliable method of non-destructive testing that is able to provide accurate imaging of the subsurface and buried structures. Using reflections of electromagnetic waves as they transition between materials, GPR is able to piece together “slices” of the subsurface, creating a picture of what’s below. This is one strong reason why GPR is revolutionizing archaeology.

“The astonishing level of detail which we have achieved at Falerii Novi, and the surprising features that GPR has revealed, suggest that this type of survey could transform the way archaeologists investigate urban sites, as total entities,” said Professor Martin Millett, a researcher in the Faculty of Classics at the University of Cambridge. 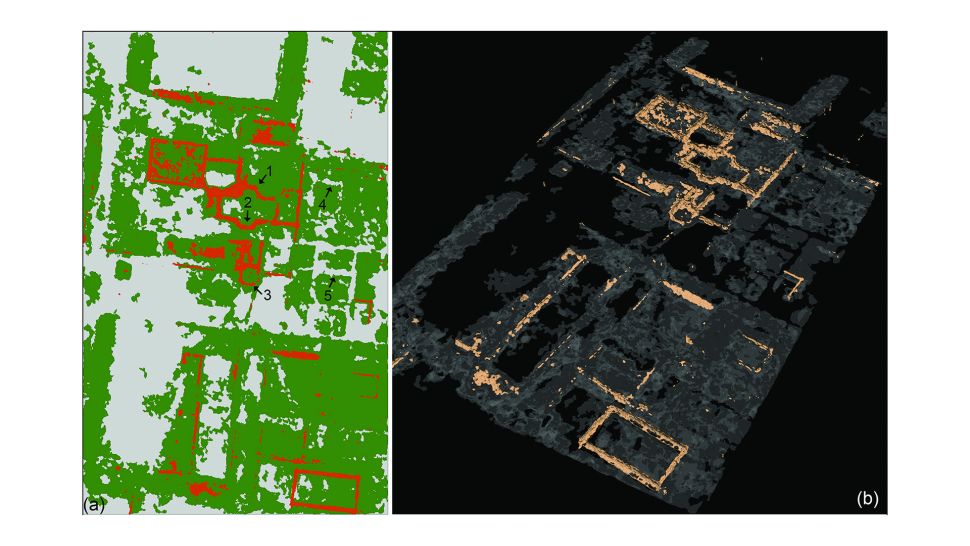 The new study challenges certain assumptions about Roman urban design, showing that Falerii Novi’s layout was less standardized than many other well-studied towns, like Pompeii.

A temple, a macellum and a bath complex discovered by the team are also more architecturally elaborate than would usually be expected in a small city.

In a southern district, just within the city’s walls, GPR revealed a large rectangular building connected to a series of water pipes which lead to the aqueduct.

At GeoScan we regularly utilize Ground Penetrating Radar, along with a range of magnetic survey techniques to survey and identify buried artefacts of archeological or historical significance. We are regularly seeing what potential this NDT method has. GPR is revolutionizing archaeology.

In addition to providing an accurate map of what’s below the surface, we can also use initial subsurface spatial data to identify potential areas for excavation, which aids in the planning of archaeological surveys and ultimately allows for more efficient digs.

If you have a project that you’d like to discuss with our team of experts, then please get in touch.