British Columbia is rich in stories, events and remarkable achievements that are not as well known as they should be. GeoScan were approached to locate and confirm the burial of a one of the most influential people who helped shape the Canadian province of British Columbia.

Chief Cexpe’nthlEm (1812 – 1887) of the Nlaka’pamux nation negotiated for peace between settlers and the Indigenous peoples during the Fraser Canyon Gold Rush era. This action stopped the progression of an impending unnecessary war and may have averted the entire province from being annexed by the Americans.

He undoubtedly, saved countless lives and almost single-handedly  brought peace to the region.

Today, a memorial for the chief stands on the banks of the Fraser river in Lytton. It was suspected that his burial was close to this monument, but exact location was, up until this point, lost to time. 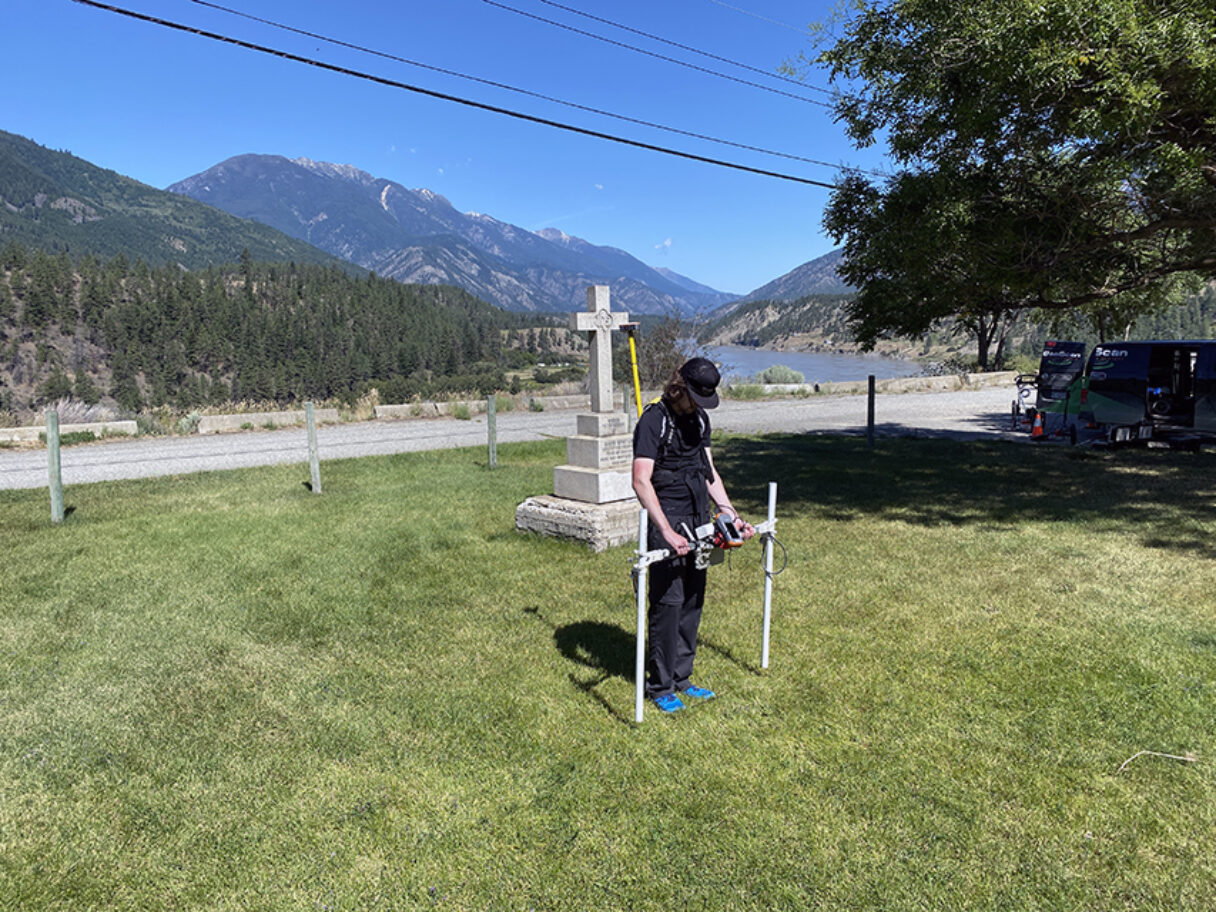 GeoScan conducted an archaeological subsurface survey focusing on the area around the memorial, utilizing high resolution GPR and Magnetic methods.

Arming archaeologists with this preliminary information helps to focus their site down to more manageable and targeted areas, reducing the impact of excavations and saving precious field time in the process.

The survey area encompassed the area surrounding the existing memorial and the community center. Approximately 1,500 square meters were surveyed with both GPR and a Magnetic gradiometer.

Although the area has been severely disturbed by utilities, recent buildings and roads, a high density GPR survey may have just solved an almost century old mystery.

Several anomalies were identified from both survey methods that could not be explained by any known recent buried objects or expected ground disturbances e.g. utilities.

One such anomaly matched the shape, orientation and depth typically associated with a burial. Located in the direct vicinity of the memorial monument, it is highly likely that this is the grave site of Chief Cexpe’nthEM.

The GPR depth slice shown shows a distinct amplitude change (encircled in green) directly next to the existing memorial, indicated by the blue square.