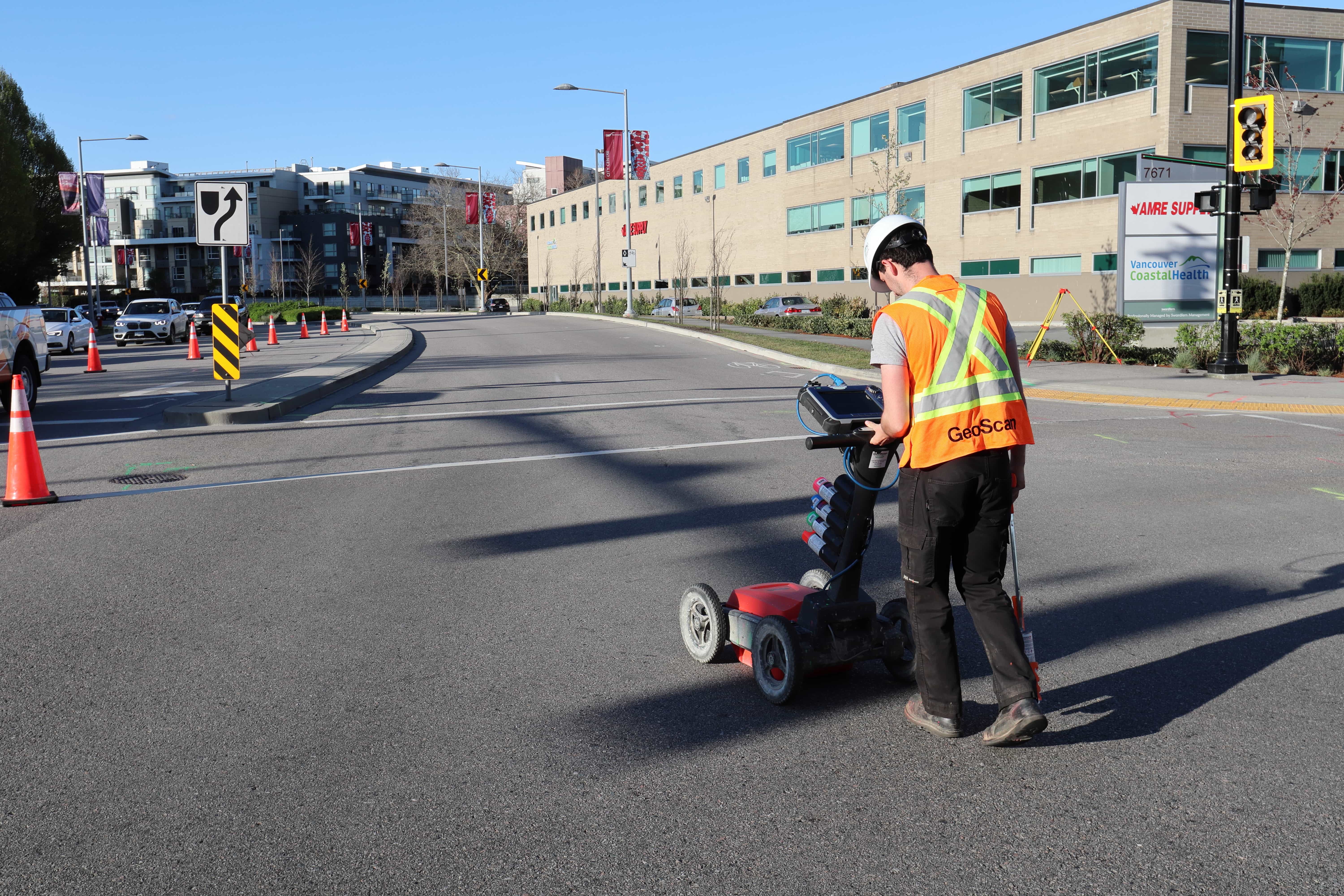 GPR is a non-destructive process with a variety of applications from earth sciences, archaeology, construction, to military.

The process works by sending high-frequency electromagnetic waves into the ground from a transmitting antenna. These waves are then reflected back up to form an image of the subsurface. It can be used across a wide range of materials, including rock, soil, ice, fresh water, pavements and structures.

A Ground Penetrating Radar system consists of a transmitter, a receiver, and a control unit. The transmitting antenna begins by sending electromagnetic waves into the ground, which are then reflected off underground layers and objects.

Reflections are produced whenever the wave enters a material that differs in its conduction properties from the material it left. The receiving antenna then receives the wave reflections and measures the travel time and strength. This is then converted into an accurate image of whatever is below the surface.

A number of factors can be altered depending on the requirement of the process.

Changing the frequency of the wave can alter the depth and detail of the scan, therefore antenna choice is one of the most important factors in survey design.

​GPR has applications in a number of fields. It can be used in Earth Sciences to study bedrock, soils and groundwater, along with water table profiling.

Most commonly it can be used in engineering applications as a form of non-destructive testing (NDT) on structures and pavements. It can be used for concrete scanning, utility locating, and oil tank locating, to name a few.

Another application lies in archaeology, with the detection and mapping of archaeological features and cemeteries. GPR also has uses in military and law enforcement, for the detection of dangerous objects such as landmines.

For more information on ground penetrating radar and how it can be used, feel free to get in touch!