The first was a roadside plot suspected to contain historic burials and secondly, a cemetery with a mixture of known and suspected unmarked graves.

The cemetery area had previously been scanned by a third party who had struggled to locate graves onsite, and provided limited information for the client. GeoScan utilized expert knowledge, techniques and combined geophysical methods to identify more than 30 graves within the cemetery. Below is the limited output our client had received previously. 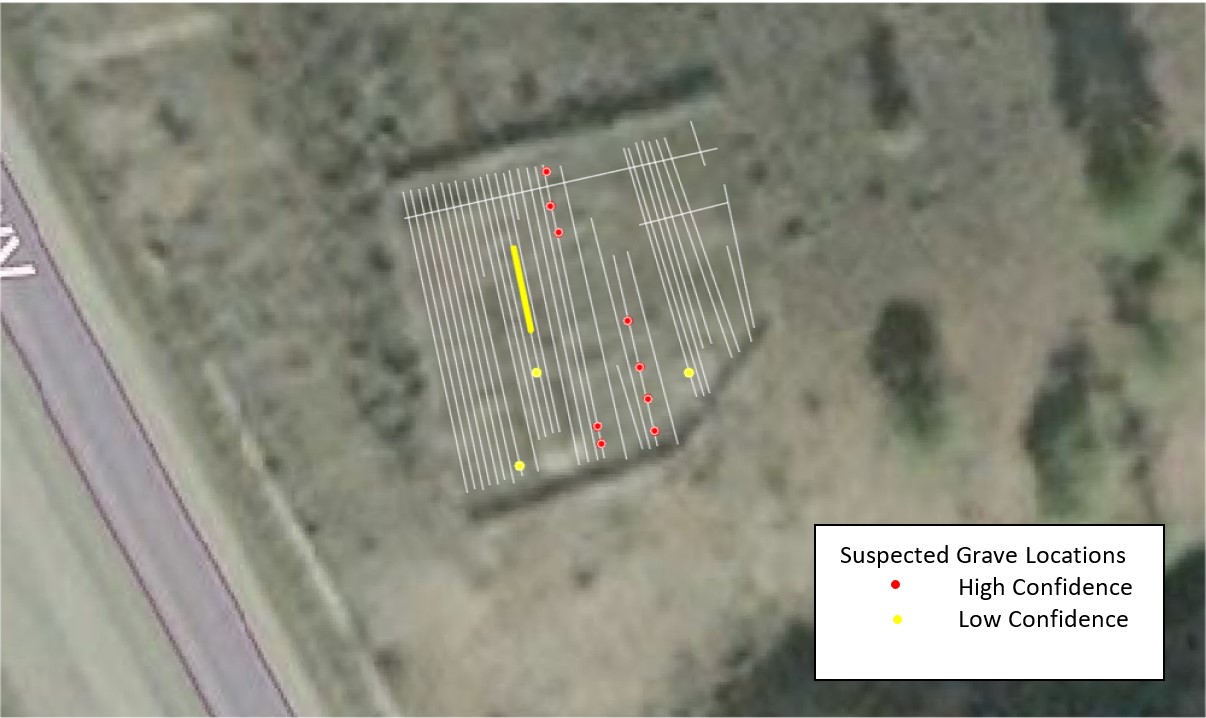 The roadside area is in close vicinity to a main highway in BC. It was known that during the construction of the highway, nearly half a century ago, that burials from the area were exhumed and migrated to the cemetery plot offset from the highway. Concerns were raised that some of the burials had not been moved.

The previous GPR scan of the cemetery had provided little confirmation of the existence of migrated burials, elevating the concern that burials had not been relocated.

The concern over lost burial sites across Canada is huge, and becoming more frequently reported on. In 2008 a list of 28 unmarked grave locations across Canada were announced, at least 13 of which were in British Columbia. In 2021 one of which near Kamloops was reported to have contained up to 215 children who suffered at the hands of the residential school’s harsh conditions. To learn more about this tragic period in history, search ‘unmarked graves Canada’, read this article by the Guardian or this paper by the Truth and Reconciliation Commission of Canada.

GeoScan provided a comprehensive, high definition scan of both the suspected highway location and the cemetery area.

The GPR survey was supplemented by magnetometry and electromagnetic methods to provide further information about the nature of the shallow subsurface. All three datasets were simultaneously analysed by GeoScan’s specialized technicians.

Below is our final interpretation from the cemetery plot. Please note, some details have been purposefully removed. 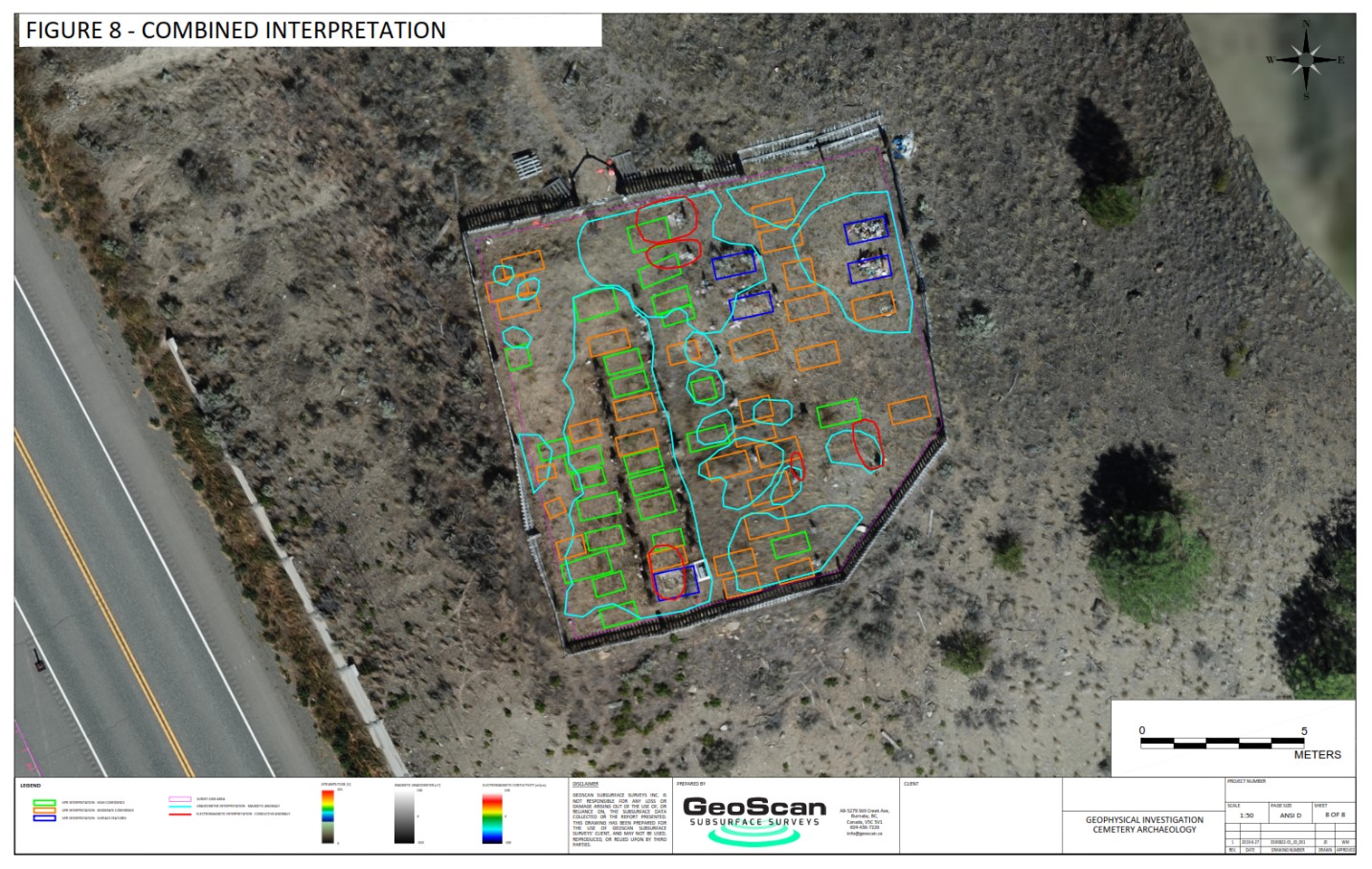 The final interpretation depicted that there was no clear evidence of remaining burials in the roadside location, and conversely, evidence to suggest that over 30 graves were present within the cemetery; many of which had limited or no markers on the surface (headstones, depressions or mounds).

Basemaps for both survey areas were generated onsite using a laser scanner and aerial photogrammetry, this allowed for an accurate record of site conditions and marks; and provided the basis for accurate georeferencing and drafting of results.

Added value was further provided by an immersive 3D photographic walk through of the cemetery area, hosted online.

If you’d like to know more about projects such as these, or if you have a project of yours which needs our services, please get in touch.